They say marriage as an institution is failing. Why? Finances or problematic sex life mainly. Women especially married in India, however, get going with their lives, keeping mum about the details pertaining to the problems, especially when it comes to sex. The word itself is considered a sin among the previous generations, let aside exercising sexual freedom and rights upon oneself.

Discussing a female’s unsatisfied feelings with her life partner is out of the question, how can the man tolerate a question on his masculinity?? Do women desire anything else except a child? Avoiding and keeping under the covers is, thus, the safest option for the Indian average married lady! 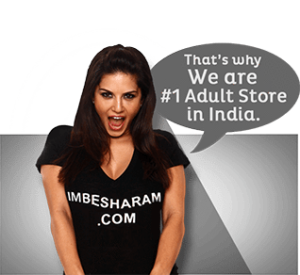 Sex does appear to be one of the most discussed subjects in an online relationship forum. Perhaps, the anonymity offered by the internet is more reassuring, than a potentially judgmental partner.

But could it be true that one of the major reasons behind this breakdown is that men are not evolving as fast as women are? Or is this whole debate a farce? Is it possible that the old-school community might blame this breakdown on women’s expression of their sexuality? Is it also possible that women expressing their sexuality is an entirely different subject than breaking marriages?

As we interviewed a few people, we discovered that the new-age woman as well as the new-age man are both equally disillusioned by the concept of marriage. Renuka, a 32-something divorcee shared, on conditions of privacy that she was subjected to long periods of lack of sexual intimacy with her husband. “My husband was in a job that kept him away from home for months. At the same time, when I suggested sex toys to him, I was slut-shamed. I don’t know how else could have I reconciled my personal needs as well as the social construct of monogamy and commitment”, she said.

Do men see it differently? Do they see this paradigm shift as a threat?

“Not really. I simply see it as more women asserting their rights on their own bodies. When we first started IMBesharam, India’s largest online sex toy store, we had more men buying stuff from us. However, over the last 7 years, we’ve seen a spike in female buyers. A lot of our female customers are in the age group of 25 – 45, which means women who are socially stereotyped at the peak of their sexual and reproductive life. However, I also see it as a matter of women exercising their financial freedom on their sexual preferences.”, said CEO Raj Armani.

“When I look at the trends of room booking, things like Oyo launching couple-friendly hotels, businesses like StayUncle taking off, I see that couples today clearly want the freedom to explore the physical aspects of privacy and intimacy. Whether from the cis-hetero community that believes in straight sex, or from the LGBT community, I think intimacy is not dependent on any sort of structure. It is personally enthralling for me to see that women are taking a lead in this space”, said Blaze Arizanov who now leads the Marketing and Communications department at IMBesharam. 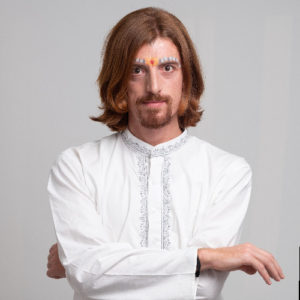 Discretion is important. If the packaging of pleasure products was not up to the mark, if the prices were unreasonably exorbitant, or if one couldn’t pay cash on delivery, perhaps a lot of women would hesitate in exploring their sexuality.

“The other day, when I organized a workshop for women, I was overwhelmed to see how excited women were to look at, touch, feel, and carry home, pleasure toys as gifts. I could see the thrill of exploring something new about themselves, dance in their faces. Now while sex toys are not reflective of sexual freedom, they certainly facilitate self-awareness and experiments with one’s sexuality. Plus, my workshop included both married and unmarried women. So, I don’t think the expression of sexual freedom has anything to do with marital breakdown unless we are talking of non-communicative, insensitive, or abusive partners; and those are not specific to any gender”, Pallavi Barnwal, a sex educator and writer from Delhi, said.

Putting all of this in context, a few things are very clear:

Perhaps it is time to acknowledge that today’s WinningStree is bold, bindaas, maybe even Besharam. However, she is certainly more aware, vocal, and empowered, especially and increasingly as it comes to sexuality.

A Guest Article By – Team IMBesharam

When WinningStrees Met Their Mompreneur Versions

10 Benefits of Jaggery Over Refined Sugar – An Healthy Alternative